A tale of love, sperm and inflatables that will leave you breathless 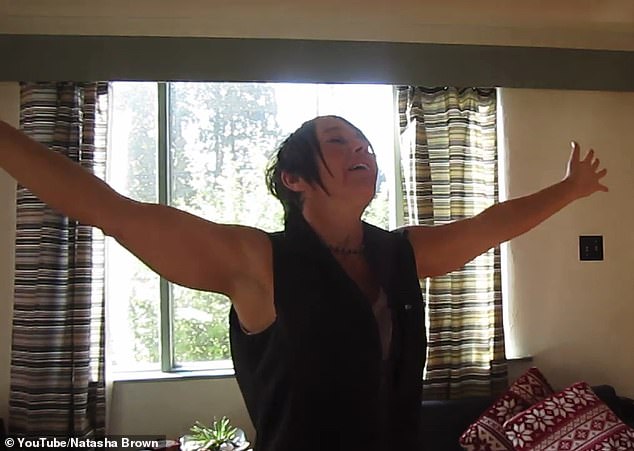 Twisting tale of love turned sour, a sperm donor, bitter family feuds and a mum on the run with her children for three years almost defies belief

The tangled story of Lauren Etchells and Tasha Brown comes complete. It starts with a child born out of love in Canada and encounters cruel twists of fate. Finally, it ends with an arrest “when Lauren attempted to come ashore on Jersey with her parents after travelling from France in a dinghy”, according to The Times.

Lauren’s parents are both 67. They turned the inflatable around to evade police but were arrested when conditions worsened and they were forced to turn back.

Lauren, 33, born in South Shields, awaits extradition procedures that would return her to British Columbia. Back there, Tasha Brown, 45, deprived of her four-year-old child for three years released a video to express her delight. ‘I am swirling. I am happy. I am overwhelmed. I am in disbelief still.’

When she was an infant, Kaydance Etchell was allegedly abducted and flown out of Canada.

There is little chance of a friendly reunion. The feud is deep and bitter. Lauren’s mum Angela Etchells criticised her daughter’s former wife. “Perhaps the public can judge for themselves what Tasha’s motivation is, based on her public jubilation about this tragedy, which means that two children are now in foster care.”

But there are yet more twists in this tale. It starts with lesbian couple Lauren and Tasha meeting on a dating website and continues like this according to the Daily Mail.

The tensions are almost irreconcilable and the trauma almost intolerable. Lauren wants to complete what she calls her ‘biological family’ while Tasha was left to track down her child, lost in a ‘time vortex’ of bureaucracy involving Interpol, private investigators, the police and lawyers.

Meanwhile there is a further, almost ridiculously cruel, twist. Tasha successfully applied to the Canadian courts in 2015 to have her name removed from the child’s birth certificate so she could work in the United Arab Emirates where homosexuality is illegal. This would be a decision that would come back to haunt her when the relationship with Lauren broke down.

Tasha said. ‘I hope none of you ever have to go through what I’ve been through. I hope that I will be bringing [the child] back to Canada and that we can start again where we left off. This is the best day of my life. Well, the second best day: the best day was the day that [the child] was born.’

Lauren Etchells was apprehended along with her parents, son and daughter while using a dinghy to land on the island of Jersey in the British Channel. https://t.co/DxzHQJUprC

Meanwhile Lauren is thought to have travelled through Europe and the Middle East while she was the subject of an arrest warrant. Marco denied being a sperm donor or knowingly helping Lauren to flee the country. She maintained to Tasha that their daughter was still in the country via faked Skype calls.

In 2016 Lauren defended her action to The Times. She said, ‘At some point the system needs to look at the straight facts and see that [the child] is better off with me instead of getting caught up in political correctness and bureaucracy.

‘Breaking up her family, separating her from her mother and brother and the man she knows as her father is going to do far more psychological damage to her than growing up not knowing Ms Brown.’