Why old McDonald’s has a farm in its sights 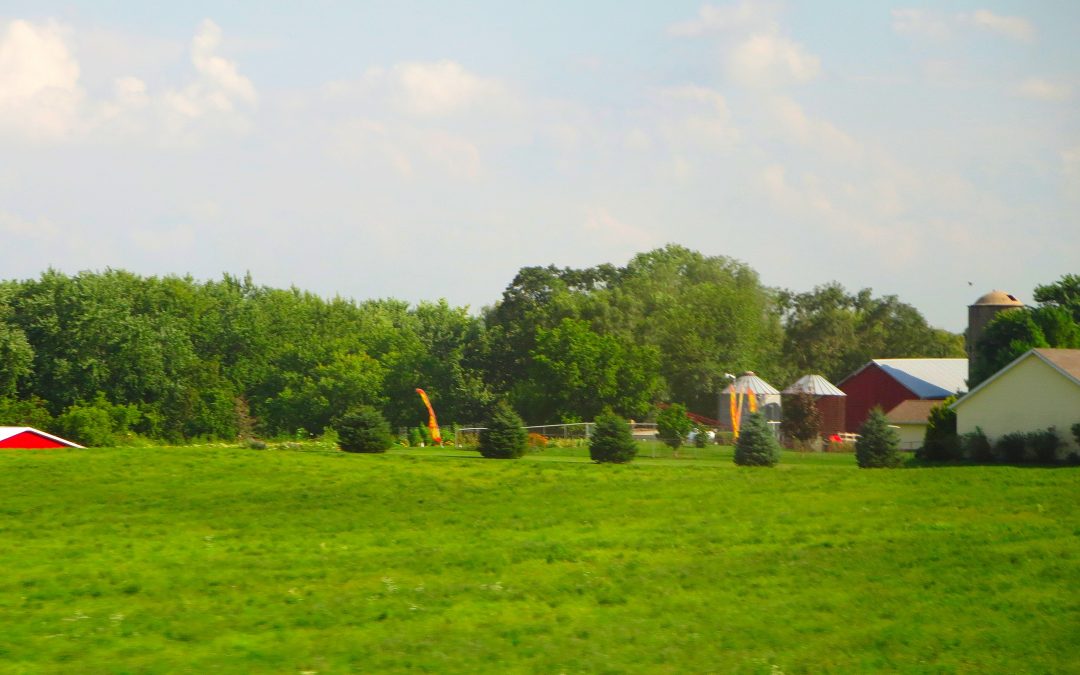 Rutland was the last hold-out against fast food giant McDonald’s. But now the American giant wants to slap some Golden Arches on the rural county.

There is a corner of a field that is forever England. Enter Rutland. Even the name suggests a farming community, perhaps even fictitious and caught in amber.

Critics might suggest it’s stuck-in-a-Rutland but there aren’t many critics. That’s because most people – at least those of a certain age or disposition – can only dream of living in such an idyllic retreat. This is a place where the modern world, with its garish colours and fearful woes, is held at bay.

It is therefore fitting that the tiny county of Rutland, in the East Midlands, is the setting for a Cnut-style battle of resistance. It is unlikely to see few protesters take to the streets but it represents something significant – in a very, very understated way.

According to a story on the BBC, Rutland might be exchanging its anachronistic isolation for a Big Mac, small fries and a milkshake. Yes, the Golden Arches will finally loom over the rural hold-out which has so far resisted the lure of fast food.

McDonald’s, which opened its first British outlet in 1974 and has 1,249 restaurants across the country, is applying for permission to open a branch in England’s smallest county.

The drive-through, in Oakham near a bypass, has attracted 50 objections – practically a Rutland revolution. Residents are fearful of lowering the tone, attracting the ‘wrong sort of people’, ruining the aesthetic and, most worrying of all, creating a breach through which other behemoths like KFC and Burger King can flood.

McDonald’s shakes it up

Rutland’s status is under attack like never before. It can – and does – claim proudly that it was the only county in England without a McDonald’s, a boast plastered across its tourist brochures. The boast sums up the entire area in one phrase. It suggests a throwback to idyllic days of fresh-baked bread and cups of sugar swapped between neighbourly neighbours. Perfect for a weekend break of farmer’s markets, apple bobbing and healthy strolls.

Resident David Taylor, 39, told The Times: “For years we’ve proudly boasted that we’re the only county in England without a McDonald’s. It’s a shame the council have bowed to the big corporations. It doesn’t suit our town and our way of living. It will be an eyesore and attract the wrong sort of people.”

The town council has backed the plans suggesting it wants to come slap-bang up-to-date, perhaps signalling that the rural retreat is raging against the dying of the light. As fans of BBC’s This Country know, rural Britain is blighted by unemployment and an exodus of promising youth.

But, as Joanna Aitkens said, “I’m sure that even McDonald’s would think that it’s a sad world that pins its hopes on a cheap burger and fries to offer modernity and prosperity to a county.”

The Rutland County Council, which has the final say, has yet to make up its mind.

Stories are like these are feasts of opportunity. The Ealing Comedies of the 1940s and 50s thrived on the notion of little David resisting an inevitable Goliath. The Titfield Thunderbolt (1953) for example had a small rural community standing up for the local interests when their branch line was threatened with closure.

Such stories have some beautiful themes baked in. There’s not only the quest to maintain a way of life but there’s the comedic element when two cultures collide. There’s the potential for frivolous stuck-in-the-mud eccentrics showing their wily ways in overcoming monied and faceless foes. Rooting for the underdog is a universal theme that engenders empathy and rouses hidden passions.

Then there’s the contentious notion of progress itself. Is it progress at all? Is modernity always a good thing? Are McDonald’s in this instance actually the bad guys? If people want fast food, then why should the forces of conservatism have the final say. The battle lines are not only drawn between corporations and residents but across the generations, dividing families.

Add this to the gloriously parochial institutions and traditions of England and before the stories starts the archetypes are set up, ready to be knocked down.

5 Davids who take on Goliaths

Read more: How to boost your SEO (without knowing a thing)