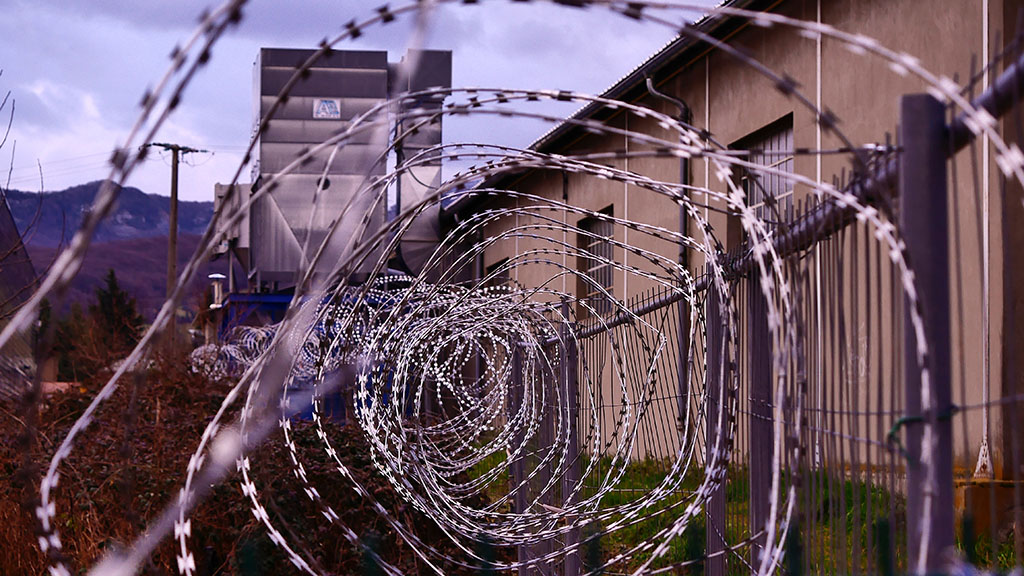 In prison, the small comforts come at a big price. But how do inmates pay for their luxuries when money is in short supply and tobacco is illegal?

Trade, like nature, finds a way. In the sealed-off setting of a prison, where cash money is scarce and people’s needs for tiny comforts are great, ingenuity primes an economy like no other.

In Louisiana’s huge Angola prison the black market dealings between inmates were mostly based on the tobacco exchange.

Other systems were available – hard drugs, favours, bartering – but tobacco possessed all the necessary attributes of a currency – divisibility, durability, legitimacy and ease of transport.

But in the US, in 2015, smoking was banned and tobacco and cigarettes became contraband. Cash money had its disadvantages too. Prisons work on micro-sums, pennies and cents, so any sizeable quantities arouse suspicions – and the interests of sniffer dogs.

In a fascinating exploration of how markets found new ways to fill the void left by tobacco, Richard Davies in The Guardian picks apart the cultures and subtleties of trading at Angola. In particular, he monitors the rise of the ‘dot’.

This is a complex currency exchange that allows people on the inside to move around credit cleanly – even verbally over the phone. Money can come from the outside too and, once the money has been worked up by inmates (via gambling or illicit trading) it can be sent clean back out to struggling families.

It works like this. Inmates get hold of pre-paid cards (often using false identities). These carry imprimaturs of companies such as Visa and Mastercard and run off internet accounts. The name for the system – dot – comes from Green Dots, a popular brand of the cards.

Prison on the cards

To top up their pre-paid cards, anyone can use a single-use scratch card (Moneypak) for sums up to $500 that is then loaded onto that scratch card. Going online and typing in the 14-digit number (the ‘dots’) revealed on the scratch card transfers the money on to the pre-paid card. There is no trace, no cash, no lumbering black market produce. People can transfer the 14-digit number by text message, paper slip, over the phone or via a friendly guard.

Davies says, ‘The dots are a currency close to cash: an instant, simple and safe transfer of value over long distance. Using prepaid cards in this way creates an informal currency that is durable, divisible into payments as small as the MoneyPak minimum of $20, and is accepted everywhere. It fits precisely the standards for a good currency that Victorian economists set out in the 19th century.’

Davies concludes that efforts by the authorities to clean up money, via more forensic digital investigations, are doomed to fail because they cannot capture the organic, informal way that money can work when driven by an unmet demand and underhand genius.

He concludes, ‘Prisons show that the human urge to trade and exchange is impossible to repress, and that solutions to future challenges are as likely to come from informal markets as formal ones.’

Especially in prison, where life is so inhibited and curtailed, details matter. It’s the same with stories. It’s not important to include every facet of life – that just becomes a tedious bore. But two aspects of description are essential – brevity and authenticity.

Fiction is a trust exercise. What Richard Davies provides in the article from which we’ve drawn some highlights are some fascinating insights into the small details of prison life. Just a few them, liberally sprinkled into your story, tells your reader that you know what you’re talking about (even when you don’t).

The reader will bank that authenticity and trust you to show them round, to tell you how it is. If they believe you about ‘dots’, it makes it easier for them to believe you about the tunnel under the gym or the dirty bomb in the governor’s office.

5 of the Best non-fiction books about life in prison

The Guardian article was adapted from Extreme Economies: Survival, Failure, Future – Lessons from the World’s Limits by Richard Davies, published by Bantam Press on 5 September