How would our great writers cope in the lockdown? 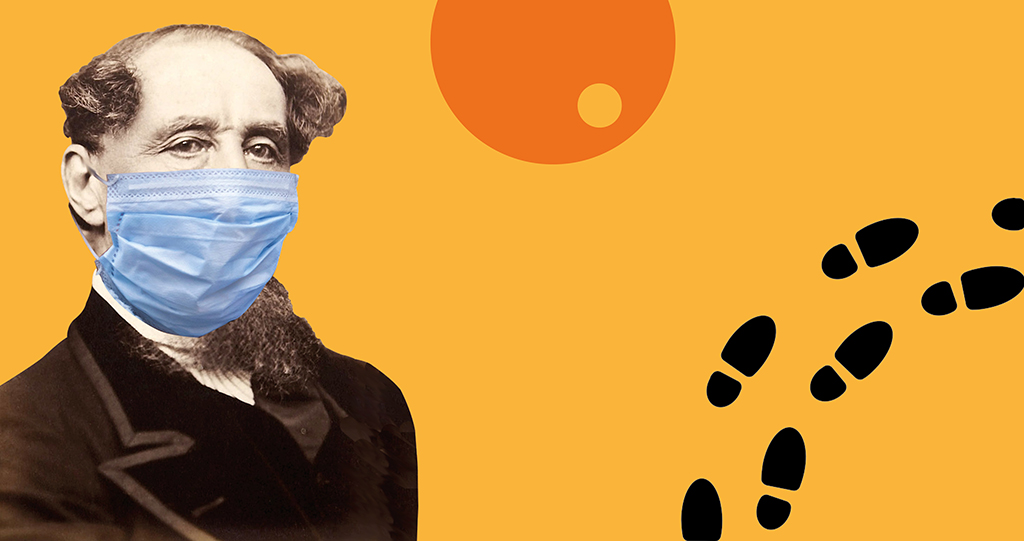 The habits of our great writers are often fixed. And hugely important as routines lead to results. But how would they handle the Great Lockdown?

So, here’s our game. What if Ravengate Publishing had just signed contracts with some of the greatest writers in history. What if we had commissioned 16 hugely expensive new works with tight deadlines? Then the Covid-19 pandemic struck. How is our big-name collective getting on? What are the writing habits that will get them into trouble – or save them?

Ernest Hemingway writes every morning, as soon as first light appears. He likes to be undisturbed and he writes until he could be assured that he has a satisfying trigger point that will fire him up the next day. Trouble is, Hemingway is a very visceral writer, very physical. He draws on his travels and experiences. He might be tempted to break the travel ban, taking a light aircraft to sunnier climes.

EB White is a great pragmatist. He can work anywhere. Maybe he even sees it as a test. He states, “A writer who waits for ideal conditions under which to work will die without putting a word on paper.” So, we’re next expecting any dip in production from the Charlotte’s Web author.

Charles Dickens is a life-long walker (his allotted once-a-day exercise). He walks around London for hours absorbing every detail which he then reframes for his novels. Hence, he is perfectly equipped to compensate for TfL’s reduced services. We might even see him round the Ravengate offices, poking his muddy stick in our precarious stacks.

Charles Darwin, likewise, takes to his toes when the opportunity presented itself, cogitating on earthworms and his irksome disposal of God as creator. But he’s constructed a rambling path around Down House in Kent. He can stroll without encountering another grubby soul, perfect for that 2m exclusion zone. He’ll be working on a book on the evolution of viruses, we guess.

Marcel Proust “made a conscious decision in 1910 to withdraw from society” so he is way ahead of his time. We haven’t heard from him in a while. He must be busy.

Simone de Beauvoir leads an “uncluttered kind of life, deliberately constructed so that she could do her work”. There are “no parties, no receptions” – although the French feminist icon is also renowned for hosting a string of lovers to compensate for her disappointing partner Jean-Paul Sartre. She was a little frustrated and a little bored last time we spoke on the phone.

Maya Angelou may be blocked right about now. She keeps a hotel room in her home-town where she works. She has stripped the place of any adornments and has asked staff to leave her undisturbed – although she left crossword puzzles and decks of cards to give her something to do in between Big Thoughts. But hotels are out of bounds, so what’s Maya to do in the lockdown?

Stephen King also wrote in a hotel, famously penning his first thoughts about Misery on Rudyard Kipling’s old desk in Brown’s in London. But that’s not a particular King thing, the hotel. He just happened to be there. The truth is, King cannot not write. Napkins on aeroplanes. Finger traces on window panes. Maybe it’s appropriate that the writer of virus epic The Stand has evolved to cope with dystopia. We’ve received three novels and two short stories from him in the past half hour.

There’s little clue as to how exactly William Shakespeare writes. But we’re going to speculate that he is adept at handling disruption. He was born into trouble. His life began at the same time that the plague of 1563-64 was wiping out a quarter of the population of Stratford and, in 1603, he hit the road after a fresh outbreak closed the theatres for a year – writing King Lear to boot. He knows all the tricks to exploiting the furlough.

John Le Carre may have acquired new habits in his autumn years, but he saw his train commute as a perfect time and place to work when he started out on his writing adventure. He penned his debut Call For The Dead on the ride from Buckinghamshire to London. We’re comforted by the knowledge he hasn’t renewed his season ticket for a good few years. He has sent us an update but (a) it’s in code and (b) it exploded into flames after 30 seconds.

DH Lawrence likes to write outdoors, calling trees “living company”. As long as he doesn’t pile in the car and travel hundreds of miles to a favoured beauty spot, he should evade the attentions of the police.

Dame Edith Sitwell, poet and critic, chooses to lie down in an open coffin before setting out on her writing endeavours. She enjoys the close confines of the casket, we’re told. We have nothing to add. She freaks us out.

JK Rowling famously wrote her first Harry Potter book in a series of Edinburgh cafés, using the walk there to settle her baby. She said, “It’s no secret that the best place to write is in a café. You don’t have to make your own coffee, you don’t have to feel like you’re in solitary confinement and if you have writers block, you can get up and walk to the next café while giving your batteries time to recharge.” We’re assuming that Rowling can now afford to recreate the whole Edinburgh café culture in a vacant lot adjacent to a Warner Bros’ theme park.

Mark Twain has been dispatched to a study, separate from the elaborate confection of his Hartford, Connecticut, home. He has been exiled there by his wife, who objected to his cigar smoke. We say, just waft an old copy of Huckleberry Finn to shift the fumes. Or Zoom.

Mary Shelley was travelling through Europe and ended up in Geneva in 1818 when she created Frankenstein and his Creature in a competition with her literary companions. Her constant themes of “loss, guilt and the consequences of defying nature” – and her general gloomy disposition – means that Mary will likely prosper as a result of the pandemic. We look forward to another paradigm-shifting gothic opus after the lockdown.

Jane Austen writes mostly in Chawton Cottage in Hampshire, happy in her own company. She brandishes her quill at her small walnut table placed close to a window where she can gather all the available light. She also has a writing box for quick starts, containing ink, quill and small notelets. She writes on paper, cut and folded to make up 16-page booklets. She is perfectly happy in her self-isolation, conjuring entire social gatherings in her fertile imagination. An entire 18th century HouseParty busies her creative brain with scandal and gossip.

Read more: What exactly is R0 and why is it important? 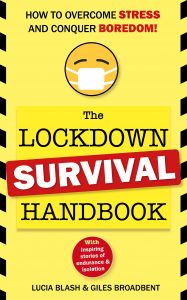