7 ways the West Wing finale got it completely wrong 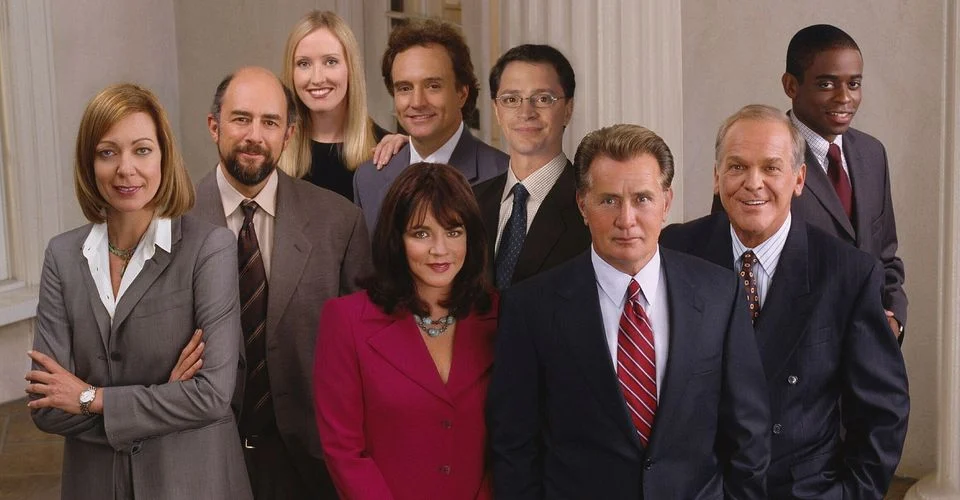 The West Wing broadcast its last episode in 2006 offering clues to the characters’ futures. But some of those storylines felt wrong. Here’s why.

Like the Olympic marathon, once every four years or so, I watch the entire seven-season run of The West Wing, one of the greatest TV shows of all time.

Admittedly, it fell apart after writer and creator Aaron Sorkin left at the end of Season 4. And, yes, its tear-sodden, do-gooding, sickly sweet politics could bring on diabetes. But at its height, it offered the vision of government with principle and purpose, enacted by witty and clever people.

But familiarity breeds contempt. And after yet another marathon viewing, I can see the cracks in the storylines more clearly this time around.

This is especially true of the final episode which sewed up the West Wing lives of people we’d come to know and love and sent them on their way to new futures.

Trouble is, some of it didn’t sit right with me.

Here’s seven ways the writers got it wrong.

1 Josh and Donna: Together at last

No, no, no. There was a grim dramatic inevitability that the deputy chief of staff’s simpering one-time assistant would snare her man. Brittle Josh (Bradley Whitford) was notably unsure of himself round women and the increasingly self-possessed Donna (Janel Moloney), a woman on the rise, ensured she was there to pick up the pieces when the time was right.

But ultimately, their romance was a bloodless affair, a match of necessities, a disappointment. True Wingnuts hark back with glee to the glory days of Josh and Amy Gardner (Mary-Louise Parker) – the screwball banter, the locking of horns, the pyjama parties and water balloons, the sheer sexiness, the fun.

Now there was passion – the best kind, the impossible kind – but it would have great to have given it another go, wouldn’t it?

But Donna and Josh. It’s like seeing your teachers marry, or your parents re-marry. It shouldn’t be allowed. Josh came alive with Amy; with Donna, he appeared browbeaten and finished.

And, by the way, Donna as chief of staff to the First Lady? Charlie (Dule Hill) as a senior policy aide? Straight from the “last man standing” school of soap opera cliches. Attrition means the chorus line inevitably migrates to the spotlight over time.

2 CJ and Danny Concannon: Not together at last?

Now this was a more understandable, slow-burning union – and sweet in its way. CJ (Allison Janney), the workaholic thoroughbred, high on adrenalin, meets her match (her downer) in the soft-spoken, comfortable-in-his-skin, tortoise reporter Danny (Timothy Busfield). He understood his role was to wait out the CJ storm and just be there.

One problem. Earlier in the last season, Danny had gained a promise from CJ that, after she left the West Wing they would “jump off a cliff together”. That is, they would venture into the unknown, have a rash adventure with the only assurance being the sure clasp of their partner’s hand.

But CJ reneged. To be fair, she signalled her dismay by dumping Danny, only to U-turn on that decision too. In a quietly moving scene, Danny waited for CJ to run through the objections before she ran out of steam. At that point, the cliff edge hove fully in view again.

By the end, though, CJ had confirmed to us (not Danny) that her original objections stood. No, she wasn’t going to jump off the cliff. She was going to move her all-engulfing work ethic, lock, stock and barrel, to California. Danny had waited for eight years. How long was he supposed to wait now?

The idea was to design a happy ending for CJ and Danny. Didn’t happen.

3 Will Bailey and Kate Harper: My eyes! My eyes!

Last of the bloodless unions, I promise. But this deserves a mention because there was always something icky about the idea of Will Bailey (Joshua Malina) and NSA advisor Kate (Mary McCormack), you know, doing it.

Better, I think, to imagine playing Scrabble and drinking alcohol free beer till they headed off to their bunk beds, yawning after a busy day of scheduled activities.

The saving grace of this “romance” was its intense knowledge of itself. Both knew, in their hearts, that they wouldn’t survive as a couple outside the heady, claustrophobic West Wing.

And with Will heading off to the Oregon Fourth to begin his political career and Kate pondering some kind of Beltway perch, a smooth, unruffled conscious uncoupling was clearly on the cards.

Yes, I know. Leo McGarry, stalwart of the series, never reached the Vice President’s residence, or even the final episode, because actor John Spencer sadly died during the last season. It was a loss etched upon the faces of the cast as they played out Leo’s fictional death.

But a word about Leo McGarry – actually, a couple (see No.5 below). He was badly served post heart attack – which happened about the time of his abrupt falling-out with Bartlet.

He was shunted off to the sidelines and then allowed to return as a shadow of his former self. From the moral centre of the West Wing, its seat of power, its gritty engine, the wellspring of its pragmatic integrity, he became something of a lame duck – and a creature to be pitied.

This was a legitimate dramatic metaphor – the whole of the last season was about the slow loss of unimaginable power and its impact on character.

But to put him on the Santos ticket was a bizarre, inept and cruel piece of artifice. The pill-popping alkie with the dicky ticker was a ridiculous choice, a screw-you to the electorate and the viewer. If candidate Matthew Santos (Jimmy Smits) wanted his counsel, he could have used Leo as a backroom fixer – play to his strengths – not as an empty suit on the platform.

Leo would have turned it down straight away and accepted no counter-argument.

Instead, he became a fish out of water, a joke of a candidate, a clown. He developed ridiculous presentational vulnerabilities – which a lifetime in politics would have surely smoothed away – and his fate was to become a punchline. It was a lamentable way to treat a character who was the backbone of the West Wing.

One of the most affecting and effective episodes of the whole seven series run was the ninth episode of Season Three – an Aaron Sorkin classic. Leo was forced to testify before a congressional committee about the Big Lie – President Bartlet’s multiple sclerosis cover-up.

Through flashback scenes – always a favourite – we saw how Leo first approached Jed Bartlett about a run at the top job.

The episode culminated in the now-President Bartlet gifting Leo the napkin upon which he (Leo) had outlined his plan. “Barlet for America”, it read. The President had treasured the napkin, lived out the idea and thanked Leo for his support at this, his pal’s lowest moment.

On the last ever episode, Mallory, Leo’s daughter, regifted the napkin back to the president. What a bizarre and empty dramatic ploy!

The napkin’s dramatic power from the earlier episode had been spent. The moment was gone. It was odd and lazy to copy-and-paste the emotional climax of one episode onto another.

There were better ways to pay tribute to Leo, surely. Josh’s whispered “thanks boss” in an earlier episode was far simpler and more touching.

As the President pointed out once Toby’s guilt became established: it was always going to end this way. Toby Ziegler (Richard Schiff), the pious, pompous, lovable grouch who despaired of the compromises of politics had leaked official secrets – about a “spare” military space shuttle – to save the lives of three astronauts stranded in space.

But here’s the thing. Toby had kept his mouth shut a thousand times during his tenure at the West Wing. He had no overwhelming reason to sacrifice his liberty to reveal the information.

The assassination of Shareef in Season Four, was a wholly illegal and nefarious act akin to murder. And the Big Lie of the President’s multiple sclerosis was an unprecedented and massive fraud on the entire American population. Toby swallowed all of these. How come this one was a secret too far? Not sure I buy it.

Not much to be said about this. It was a sentimental call-back by the writers and Rob Lowe himself – who left way too early (Season 4).

It was understandable in terms of end of series mush but no way would Sam give up the sunshine, salary and prestige to be Josh’s lackey in a second tier administration in a snowy and thankless city. Wouldn’t happen. But, as I say, forgivable in a “let’s get the band back together” kinda way. All a bit meh, really.

And one they got right

A final word though after the nit-picking. The dramatic arc of President Bartlet (Martin Sheen) within the episode was lovely.

His last hurrah (banging two governors’ heads together one last time), his reluctance to leave the Oval Office, then his eagerness to leave, his belated pardon for Toby.

And then his shunting to one side while President Elect Santos took the applause and the Oval Office, and his ruminative drift into planned redundancy.

Barlet, feeling power drain away, was one of the finest portrayals of non-violent political obsolescence we’ve seen on screen.

And when Mrs Barlet (Stockard Channing) asked him what he was thinking about after one emotional day and eight tumultuous years, he said,

As Wingnuts know, this is an adaptation of his famous catchphrase – “what’s next?” – updated to match the new chapter in his life.