Dylan Thomas: Exactly what you need to know 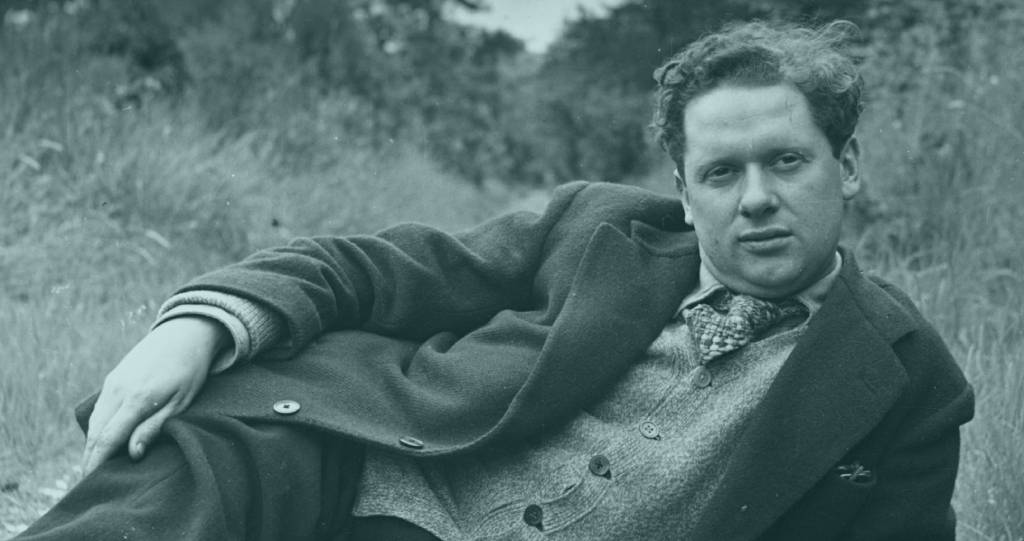 Dylan Thomas Day celebrates the poet and his achievements. But how should you tackle the sozzled Welsh wordsmith – and what is Under Milk Wood?

Here’s the single thing you need to know about the Welsh poet Dylan Thomas. He wrote Under Milk Wood. That should be enough. For Under Milk Wood, a radio play for voices, is one of the finest pieces of lyrical drama in the literary canon.

How do I know this? For a start (and maybe this is the only test), I studied Under Milk Wood for my English A-level and at the end, I still loved the thing. It was put through the wringer of my clumsy adolescent probings and survived.

That’s more than I can say for Lord Jim, but that’s another story.

Under Milk Wood is Dylan Thomas’s masterpiece and here it is, narrated by the incomparable Sir Richard Burton – the best twinning of writer and mouthpiece since Gene Wilder became Willy Wonka.

No kidding, it’s like a hot bubble bath for your ears.

Who was Dylan Thomas?

Before we embark on a tour of the greatest hits of DT (remember those initials, they are relevant), some facts about his remarkable, if short, life.

The Swansea man was 39 when he died in New York City in 1953, a premature death brought about by his excessive drinking and a lifestyle that led to the wonderful description of him as a “roistering, drunken and doomed poet”.

(Idea for blog: Has Covid-19 finally killed off roistering as a career option?)

He was married to Caitlin Macnamara (but a fearful womaniser) and had three children. All the while he was trying to forge a living as a poet which was never going to bring him riches. So, he amplified his salary with readings from a canon of poems that were velvety, packed with imagery and song and renowned for their playfulness with words.

Unsurprisingly, his voice was a perfect instrument for his poems, although surprisingly formal for such a louche scribe who once drank 18 scotches in a row and didn’t immediately die.

International Dylan Thomas Day (Dylan Day for short) is held each year on 14 May, the anniversary of the date when Under Milk Wood was first read on stage at 92Y The Poetry Center, New York, in 1953.

Where should I start with Dylan Thomas?

The lyrical sound poem was commissioned by BBC for radio but has since been made into a film and stage play. In the piece, the narrator tours the village of Llareggub (read it backwards for a giggle) and enters the dreams of the inhabitants. The magical blurring of sound and meaning create an unrivalled collage of hazy sensations.

“It is spring, moonless night in the small town, starless and bible-black, the cobblestreets silent and the hunched, courters’-and-rabbits’ wood limping invisible down to the sloeblack, slow, black, crowblack, fishingboatbobbing sea.”

2. Do not go gently into that good night

Perhaps Thomas’s most quoted poem with its entreaty to the dying – “rage, rage against the dying of the light” and aimed, it is supposed, at his father who died of cancer. Hear Thomas read the poem himself shortly before his own death.

This fearsome entreaty has appeared in cultural outings, like the film Interstellar and Dr Who and the poem is read in full by Iggy Pop on his album free. No-one who has seen a loved one fade away has not thought these thoughts and wept. Effortlessly moving.

3. A Child’s Christmas in Wales

Written as another BBC radio broadcast, the work paints a picture of Thomas’s Swansea childhood, an era of innocence and a delightfully captivating evocation of the excitement of the Christmas season. Unlike some of Thomas’s richer poems, this piece of prose is most accessible, which accounts for much of his popularity. (Other works can seem a trifle out of reach.)

4. Portrait of The Artist As A Young Dog

Set in Swansea, Thomas mines his own youth as a source for short stories. His story is rich in mischief, comedy and exaggeration, beginning to suggest some of the themes and tones of UMW. While A Child’s Christmas is universally adored, Portrait can appear pretentious and indulgent. The title, by the way, is a play on James Joyce’s A Portrait of the Artist as a Young Man.

Back to poetry, and back to memories with Thomas creating a tumble of words to re-create his aunt’s farm in Carmarthenshire. The pastoral metaphors about creating a lilting rhythm and this uplifting tale of Eden – “happy as the grass was green” – is finally tinged with melancholy over his lost youth.

Oh, as I was young and easy in the mercy of his means,

Time held me green and dying

Though I sang in my chains like the sea

6. Light Breaks Where No Sun Shines

Hear the man himself read this poem. Published when he was still a teenager, Light Breaks was his “breakthrough poem”. (Excuse us, as we giggle at our highly amusing comedy skit equating tweed-clad literary poets throwing down like rappers on street corners). It was published in The Listener and caught the attention of wordy giants TS Eliot, Geoffrey Grigson and Stephen Spender, who sponsored his first volume of poetry, the hugely popular 18 Poems.

7. And Death Shall Have No Dominion

Reluctant as we are to miss out on Before I Knocked, and The Force That Through the Green Fuse Drives The Flower, and Poem On His Birthday,  And Death Shall Have No Dominion, is a sure-fire heavyweight, deserving of a place in our magnificent, mellifluous seven.

It was written when Thomas was a teenager and tackles the subject of immortality. He was challenged to write the poem by amateur poet and grocer Bert Trick (Trick by name). Trick’s effort was published first but Thomas’s has had the biggest impact. (Not least on Dr Niki Alexander, forensic pathologist of Silent Witness fame, played by Emilia Fox, who read the poem at her fictitious father’s memorial service.)

When their bones are picked clean and the clean bones gone,

They shall have stars at elbow and foot;

Though they go mad they shall be sane

Though they sink through the sea they shall rise again;

Though lovers be lost love shall not;

And death shall have no dominion.