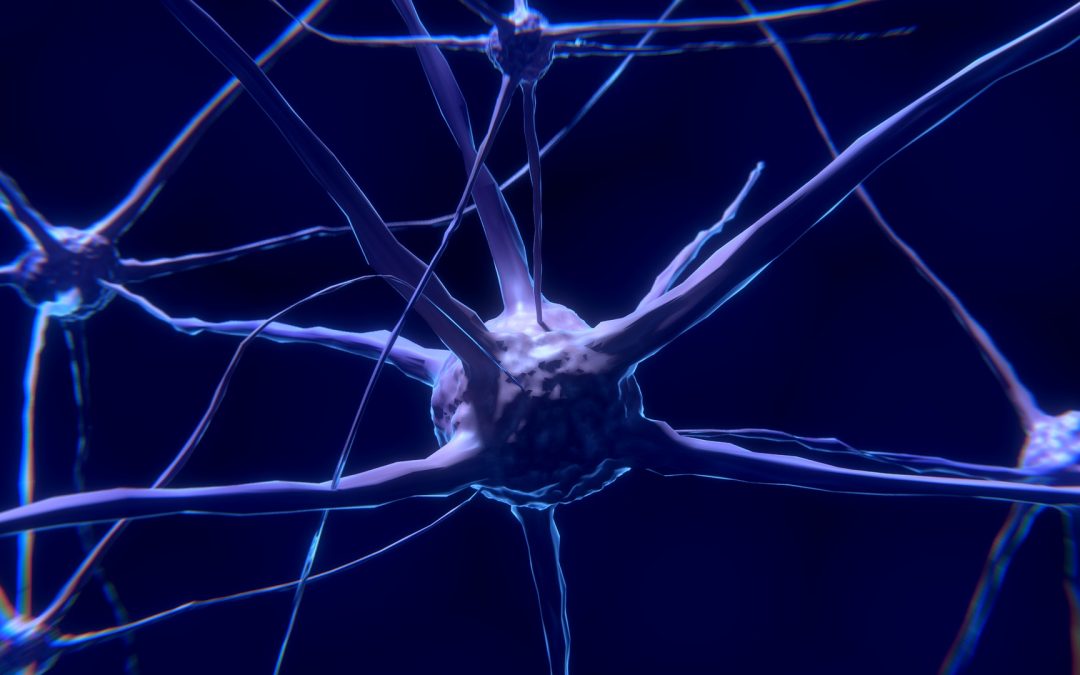 The old notion of “fake it till you make it” has received a bad rap of late – but here’s the twist: there’s scientific evidence to support the idea.

We could go so far as to adjust the phrase so it reads “Fake it AND you make it”.

But, briefly, back to that bad rap (because it’s such a fascinating story of human foible).

When confidence does damage

Elizabeth Holmes was the queen of “fake it till you make it”. Now, the former Silicon Valley superstar is awaiting sentence after being found guilty four of 11 charges, mostly related to fraud. The 37-year-old entrepreneur faces decades in jail.

Holmes founded Theranos, a company dedicated to improving public health by creating portable, home testing kits using just a pinprick of blood. She was intent on disrupting the current practice in which blood came by the syringeful and required a long wait for results.

Holmes believed in her device since her teenage years. She dropped out of college to pursue the idea doggedly and achieve monumental success. But there was no device. It never worked. Even as her dream collapsed around her, she smiled an enigmatic smile, never backed down an inch and convinced everyone she was right.

It was never clear until the trial whether she continued to believe she was right despite the evidence. Her face never cracked.

Go ahead and read the story – it’s amazing how many people she fooled with zero evidence of anything. Walmart signed up on the strength of her word alone. Bosses never saw a device, let alone demanded evidence that it could work.

Holmes, whose idol was Steve Jobs, managed to con many highly intelligence and rich investors (mostly older and middle aged men, it has to be said) with her unblinking stare, low voice and impeccable vision. She was convinced. And, in turn, she convinced them.

But, as the court heard, she went beyond the bounds of uber-confidence and she entered the realms of fraud. Her company went from a valuation of $9 billion to nothing. She lied and she endangered people’s health.

So there’s that side of the whole success delusion. The dark side.

But there’s a clear line between convincing yourself and others of your brilliance. And using such knowledge for personal gain at their expense.

In this post, I’m talking about the first of those goals. The one that gets you up in the morning, puts you out into a hostile world and keeps you smiling, writing, selling… whatever… despite the evidence of your senses or your downbeat disposition at that time.

Yes, the virtuous twins of success and confidence are, as you will soon see, an act of self-delusion. But – here’s the thing – this delusion constructs its own reality. And not a kind of new age-y aura of lentil-tinged invincibility that verges on the unreal and spooky – but a scientifically tested, peer-reviewed one.

We’ll come to that later in this article.

First, back to the other kind of delusion. The healthy kind. The one that could deliver success.

I’m drawing this from Dr Nathaniel Zinsser and his book The Confident Mind: A Battle-tested Guide To Unshakeable Performance.

Dr Nate has a track record, working with the US military and elite athletes and top performing surgeons, helping them build the armour of self-belief.

In an interview with The Guardian, reporter Jamie Walters posited the following notion about self-belief, success and proof. It’s one we’re all familiar with.

He writes, “One nagging thought I had while reading these passages: building confidence often requires you to ignore logic. How am I actually meant to believe these things? To cast aside all reason and buy into a fantasy land where errors lead to success and success also leads to success.”

Dr Nate confirmed, yes, it was delusional. But…

“It’s got to become your dominant habit of thinking about yourself – just like you brush your teeth every morning and night – if you want it to materialise in a challenging atmosphere. You can’t just turn it on. It has to be already in you.

“We don’t live in a world of sunshine and lollipops. We live in a real world of deadlines, sweat, blisters and muscle fatigue, and we have to look at what is a constructive way to think in those situations.”

See, that’s where most of us fall down. We understand that being confident is the entrance fee to success – we’ve read the books, seen the YouTube videos – but oftentimes there is no, I mean zero, external evidence to support this belief. It’s not scientific, it’s more religious. It’s blind faith.

That’s too much for some. Too big an ask.

Pro-tip: edit your own narrative

To this Dr Nate would respond that we are editing our story all wrong. Elite sportsmen, he tells us, think like this:

Every blunder, missed shot, slow lap and stretch of bad form is temporary. Every win, success, purple patch is the truth and more representative of reality.

This “selective thinking” – this careful curation of your own narrative – provides you with the rock solid evidence. You don’t need faith. You need better editing skills.

Or, as Shakespeare wrote in Hamlet:

“There is nothing either good or bad but thinking makes it so.”

The evidence is there. You just have to look for it. Not faith, just inquiry.

OK, yes. I see that. And that’s fine for elite athletes. They’re already, er, elite. It’s in the title. But isn’t making a deliberate effort to look on the bright side just simply kinda unscientific?

This is where the second book comes into play.

Newly released, The Expectation Effect by David Robson puts the science into wishy-washy, hazy lazy world of positive thinking. He tells the stories of peer-reviewed tests on the impact of a positive mental state on reality.

The brain, you see, is a prediction machine, says Robson. It wants to make the world fit neatly with the information you feed it.

He offers an example. If you are feeling down, introverted, threatened and you enter a roomful of strangers, you will see only people who are aggressive. Literally. That’s who the brain will select for you. That’s the service it provides, dishing up what you expect.

If you enter that self-same room in an upbeat mood and feeling gregarious, you will see the room filled with people of the same demeanour. Your brain is conditioned to seek out the reality you choose.

It will create a world for you that matches your expectations. (That’s why eyewitnesses are so unreliable, by the way.)

This is the equivalent of the placebo effect, which Robson examines in some detail. He notes, for example, those taking placebos do feel better – as if they’ve taken the real treatment. You probably know that. But did you know they also suffer the listed side effects of the pills that they haven’t taken?

Whatever it is you expect, the brain obliges. It changes the physical make-up of the body to match its expectations.

The brain sits in a black box, entirely in the dark, removed from “reality” by a thick skull. It holds all the levers and all it knows is what you tell it.

That’s key – all it knows is what you tell it.

And the brain – nature’s puppy – really, really wants reality to accord with your thoughts. It likes to see a correlation between what it predicts and what happens. And it can materially and significantly change the circumstances to make it so.

Like the Laotian immigrants Robson writes about. They came to the US in the 1970s and, separated from their culture, they feared an evil demon called the “dab tsog” would seek them out, lie on their chests at night and suffocate them. They died in their droves – not of anything but an expectation that they would.

Self-fulfilling prophecies – for good or ill – are facts, not cautionary tales or coincidences.

How our senses fool us

But let’s not get caught up in the weird and wonderful (just yet).

But the fact of that chair’s existence doesn’t mean we can jointly agree on its nature. There is no reality that is objectively interpreted the same by everyone.

Much of what we consider to be reality is generated by our brains. My brain interprets reality differently to your brain. We can be in the same party and I’m seeing only the spittle-flecked psychos and you’re seeing the cheery fellows.

For example, the chair in the corner isn’t yellow. We apply the yellow. In the same way that (spoiler alert) the fabled tree that falls in the wood DOESN’T make any noise when there’s no-one round to hear it.

Because what we interpret as “c-c-c-c-crash!” is – without our ears – just air pressure and vibrations. Noise isn’t an intrinsic property. There’s nothing to hear if there are no aural systems to turn the waves into sounds.

Why eyesight is the ultimate con trick

The brain is the most fascinating object in the universe. Also, in the top 10 has to be the eye.

The eye is the dominant sense organ, the one we think can least fool us because the results seem authentic and unaltered.

That’s because we think our eyes acts like a projector, taking in information unfiltered through holes in our head and projecting it onto our brain.

But the eye is not analogue but digital.

It doesn’t “see things”. It absorbs a jumble of electric buzzes and beeps that the brain then untangles and constructs, applying its own ingredients in the process so what it dishes you will like or expect.

The brain’s version of the world is not exclusively based on reality “out there”, but tempered by previous inputs and experience.

“Consider that whole beautiful world around you, with all its colours and sounds and smells and textures,” Professor David Eagleman told LitHub. “Your brain is not directly experiencing any of that. Instead, your brain is locked in a vault of silence and darkness inside your skull.”

Neuroscientist Patrick Cavanagh, a research professor at Dartmouth College and a senior fellow at Glendon College in Canada, told Vox, “It’s really important to understand we’re not seeing reality. We’re seeing a story that’s being created for us.”

What Dr Nate would say is: write the story yourself. Don’t let others do it for you. Whatever you think, you’ll be right.

What David Robson would say is: that story you create? Your brain will shift heaven and earth to make it so. To the point of changing your physical and psychological make-up. 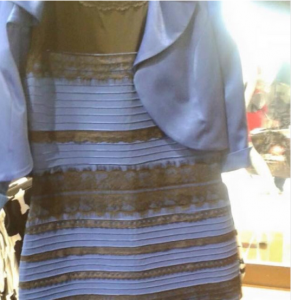 One final thought about the curious nature of objective reality.

Remember that dress that divided the internet in 2015? Some people saw it as blue and black, others white and gold, and no-one could figure out who was right and how the other group could be so wrong.

I mean, look at the dress. It’s white and gold, right? Obvs.

The truth is, everyone was right. Everyone was perceiving their own reality. Everyone’s brains absorbed the context – lighting, time of day etc – and came to the absolute correct solution. It was whatever you wanted it to be.

So you can choose your reality to be positive and confident. And you can make it so. And once you decide, your nutty, eager-to-please brain will be there to ensure your reality reflects your outlook, raising your performance, adjusting your mood chemicals, changing how you see the world.

Here’s an optical illusion that makes it clear. You can be light or you can be dark. It’s a choice, not an immutable truth. And no-one can tell you otherwise.

Read more: How to make the impossible happen, step by step