The curious case of a magic stone that caused ripples 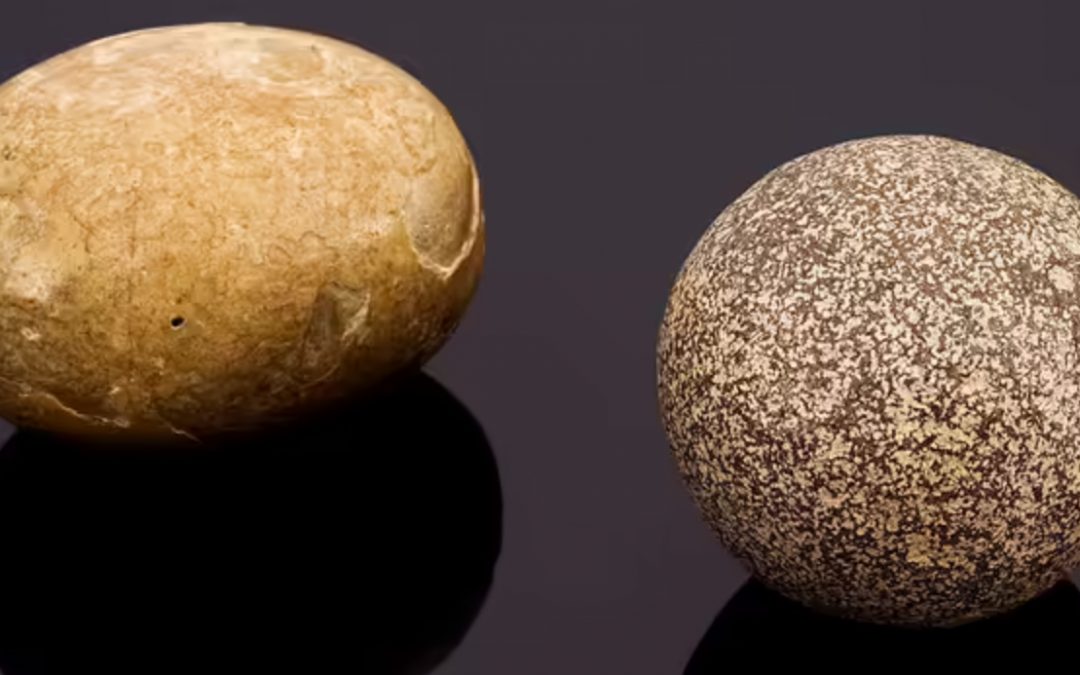 What do a gross intestinal stone, landmark consumer law and magic have in common?

All of those things come together at the King’s Bench of 1603.

The King’s Bench was the most senior court of Common Law in England for most of its existence starting in the late 12th century.

And before the bench was a dispute – Chandelor v Lopus.

An over-inflated London goldsmith, Chandelor, and an angry customer, Lopus, had clashed over a purchase and wanted the law to settle the dispute. It would ultimately lead to a ruling that would ripple through the centuries.

But let’s deal with the magic part first. And the gross intestinal blockage. Because they’re strongly linked.

Because the intestinal blockage – a kind of stone or calcified hairball, called a bezoar stone – was magic. So it was believed at the time. Bear in mind that at the time, a lot was believed, from ghosts and unicorns to witches and devil worship.

So a magic hairball was nothing.

These bezoar stones are the solidified remains of partially digested materials that have reacted with stomach bile. It is a pretty unpropitious birthplace for something so prized.

But prized they were, even becoming items of jewellery.

So what about that magic?

Ancient doctors, some 2,000 years ago in China, claimed the stones had magical medicinal properties – leeching the body of toxins and poison. The word itself derives from the Persian pad-zahr meaning “antidote”.

Scientists in the modern era have discovered that bezoars from cattle do possess antioxidant and anti-inflammatory properties. These may have led to success in the treatment against poisons. (Although, obviously, don’t go testing this yourself.)

Even today, porcupine bezoars are used by the Chinese to treat cancer. There is no scientific backing for the treatment but it is just about possible that the organic plant material may offer some therapeutic relief.

In the 1500s, a pioneering French barber-surgeon, Ambroise Pare, decided to put this Eastern medicine to the test. When a convict condemned to death chose poison as his means of entry into the next world, Pare seized his opportunity. He attempted to reverse the effects of the fatal dose with a bezoar. 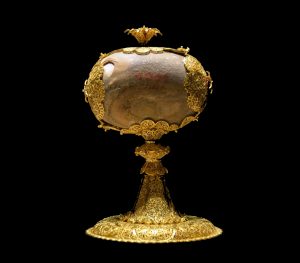 Er, the convict died after enduring seven hours of agony.

But the rise of the mythic bezoar stone was not to be halted by mere fact or evidence.

The 17th century was the age of superstition and short, brutish lives. Little wonder then that people would prize a bezoar stones that could save them from a miserable fate. Anything that might move the odds in their favour was better than sitting waiting for a plague to wipe you out.

Which brings us back to the court battle between the goldsmith and his customer.

Where does the court case fit in?

Chandelor and Lopus. Remember them?

The customer was a wealthy character called Lopus. He approached a goldsmith and precious stones expert called Chandelor and bought a stone for £100 (a £30,000 at current values).

Chandelor affirmed that, yes, the stone was a bezoar and, yes, it had magical properties. Do you want me to wrap that for you?

Not long after, Lopus joined the legion of folk who, with a sickening lurch of the stomach, realised they had been right royally swindled by some smooth talker charmer.

The stone was no bezoar and it possessed no magical powers.

Mr Lopus was not happy.

He sued, taking his case to the King’s Bench, a court of common law. Chandelor pleaded not guilty to the swindle. But Lopus, the purchaser, emerged triumphant.

Judges don’t have the stones

However, in a gut punch of a move, the judgment was reversed on appeal to the judges of the Court of Exchequer Chamber.

They ruled that salesmen lie, they dissemble, they exaggerate. It’s just their way. You believe what they tell you? Well, more fool you. No-one should take their mendacious patter seriously and, certainly, no-one should bring a case to court without a specific and expressly stated guarantee – or warrant – to challenge the vendor’s tale.

And that’s the heart of the legal matter.

They agreed that, yes, Chandelor had declared the stone a bezoar with magic powers – but, crucially, Lopus didn’t get the claim in writing.

The ruling read, “The bare affirmation that it was a bezoar-stone, without warranting it to be so, is no cause of action: and although [Chandelor] knew it to be no bezoar-stone, it is not material; for everyone in selling his wares will affirm that his wares are good, or the horse which he sells is sound; yet if he does not warrant them to be so, it is no cause of action, and the warranty ought to be made at the same time of the sale.”

Despite the untruth of Chandelor’s pitch and the failure of the goods to function as advertised, the judges had reversed the decision of the lower court and found in the seller’s favour.

What is Caveat Emptor?

And a phrase that rung out in court has sounded through the centuries thereafter – Caveat Emptor.

You heard that? You must have done. Caveat Emptor.

Chandelor v Lopus (1603) stands in the legal text books as a landmark in consumer law.

“Caveat emptor” had first been coined nearly a century earlier in 1523. John Fitzherbert published a book on animal husbandry declaring that if you bought a duff horse, that’s down to you, you idiot. He declared that if the horse was seemingly suitable for purchase, it would be up to the customer to investigate further.

The ruling in Chandelor v Lopus (1603) sounds perverse and unjust to modern ears. And there may well have been ulterior motives in the court’s verdict. For one thing, more and more people were resorting to common law in mercantile quarrels – and there was a danger that the system would drown under a weight of “he-said-she-said” disputes.

So, Chandelor v Lopus created a clear distinction between the inflated puffery surrounding a transaction and actionable legal warranties.

Also (and shout if you’ve heard this before, peasants), the Establishment was looking after its own. Course it was. The courts backed the money-makers, traders and wealth creators against the common people.

Stupid people. With their gripes. And their bad teeth.

Goldsmiths like Chandelor, in particular, were held in high status and often acted as bankers. Not exactly too big to fail, in modern parlance, but certainly too important as a class to undermine.

Bankers, then as now, tended to go unpunished for their oversell, malpractice and incompetence.

Can we bring this up to date?

It has been the journey of the consumer law of the last 400 years to reverse the lopsided strictures of “caveat emptor”. More legislation was required to cover the emergence of modern practices. Goods have become increasingly complex in their construction and more and more transactions occur at a distance with strangers.

As the “rights culture” grew out of post-Second World War social settlements, the law began to set out regulations that offered consumers protection against predatory sellers.

In the UK, the latest version is presented in the Consumer Rights Act 2015. The Act spells out exactly what should happen when goods and services are faulty or fail to live up to the billing.

Four centuries after Lopus lost out to unscrupulous Chandelor, we are entering the age of “caveat venditor”.

Established that law enforcement agencies must follow the law

On 11 November 1762, the King’s Chief Messenger broke into the Stepney home of writer John Entick “with force and arms” after they suspected him of writing a libellous pamphlet against the government.

Entick sued the messengers for trespass. The judgment established the limits of executive power in English law: the state may act lawfully only in a manner prescribed by statute or common law. To this day, following Entick, law enforcement agencies can only do what the law allows.

Established some of the key components needed for a contract

The Carbolic Smoke Ball Co made a product called the “smoke ball” and claimed it to be a cure for influenza and a number of other diseases and advertised that buyers who got ill after using the ball would be awarded £100.

Louisa Elizabeth Carlill sued the manufacturer when she contracted the flu and the makers refused to pay out.

The Court of Appeal decided that the manufacturer’s statement and promise, together with Mrs Carlill’s use of the product as directed, amounted to a legally binding contract and she was entitled to the reward.

The case developed the principles that must be present in a contract, such as offer and acceptance.

Established principles around the duty of care and negligence

The famous “snail in the bottle” case is a foundation of the modern law of negligence, establishing general principles of the duty of care.

May Donoghue drank a bottle of ginger beer that happened to contain a dead snail and when she fell ill, she sued the manufacturer, David Stevenson, even though she had not bought the drink herself.

The case ended in the House of Lords, where it was held that the manufacturer owed a duty of care to a customer.

This created the “neighbour principle” which stated that one must take reasonable care to avoid acts or omissions that could reasonably be foreseen as likely to injure one’s neighbour.